Infrastructure as a Service Revolution!

For 1.1.2018 we are happy to announce two surprises for our “Swiss Infrastructure as a Service” product:

Thus we adapt our prices to the international comparison (Amazon AWS, Microsoft Azure, …). This is revolutionary news! But nobody can compare our unbeatable support, which we offer not only for all our products but also for the management of cloud services on Amazon AWS, Microsoft Azure or Google Cloud. With our portfolio we are not in competition with the major players but offer the customer the choice and a complete management from a single source.

We launched our Speed ​​Server series with the Gen 3.0 release this year (Video). 100% SSD and premium hardware for performance in insanity mode, fully redundant systems for maximum availability, a new cloud portal with all features and fantastic support. Of course we want to keep that and at the same time offer competitive prices.
Despite a doubling of memory prices in the market, we see action potential at our memory price. Due to our growth and scaling effects, we are lowering the memory prices by a whopping 20% ​​(!) From 24.40 CHF / month to 19.52 CHF / month. All our customers get unexpectedly some air in the budget 2018! Possibly for one or the other additional service from ProCloud? 😉

Our Speed ​​Series remains our standard series. However, for customers who want to run servers / containers that are not critical to operations – such as test, staging servers or other non-productive systems – we have re-launched our “Budget Series”. The series is characterized by the price. With a price that can not only keep up with the international providers, but also undercut them:

A comparison with the Microsoft Azure A series which is also for test servers and therefore priced under the Azure standard series (most favorable Azure server series):

A comparison with the Amazon EC2 series:

A comparison with the Google Cloud Platform:

The comparison between the ProCloud IaaS Speed ​​and Budget Series 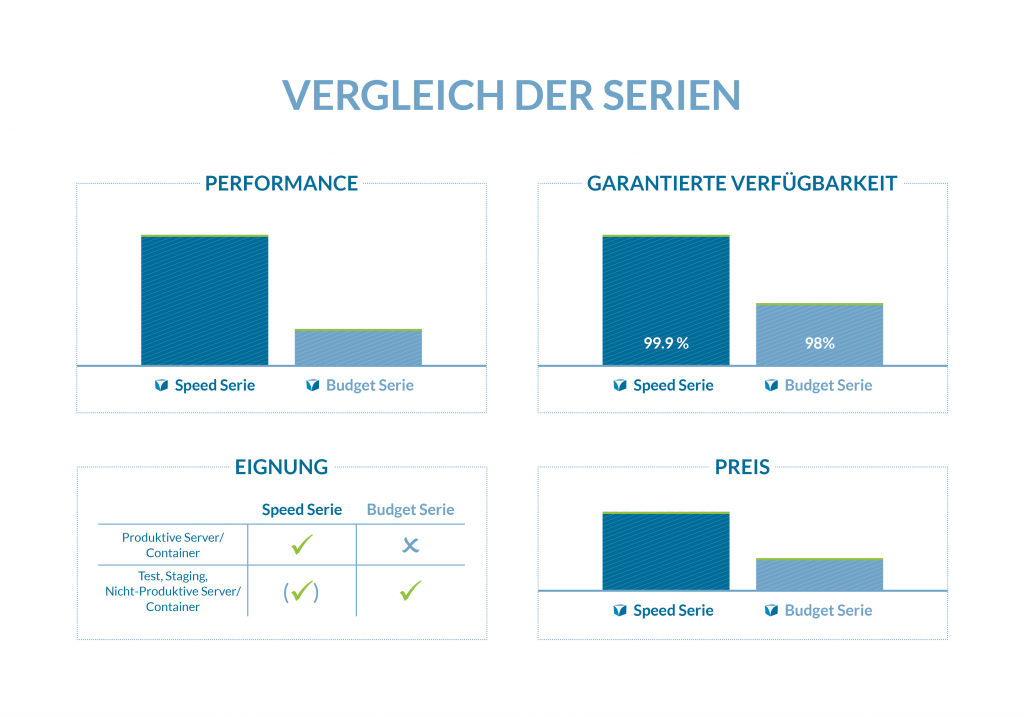 We are always ready to speak with you.

Follow us on our social media channels for current information about ProCloud AG and more. Choose your preferred way of contact:
Contact form
Arrange an online consultation appointment